Two Things You're Not Designed For 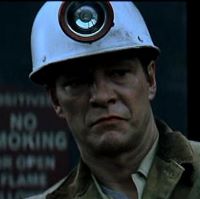 There are two things you and I were never designed to experience: death and rejection.

That is why they both feel so foreign and hurt so much: they are utterly contrary to what we were made for.

When God created the world, everything in it was “very good” (Gen. 1:31). Neither physical death nor the death of relationships were part of his perfect design. But when mankind fell into sin, both experiences invaded our lives (Gen. 3:16-24).

Adam and Eve rejected God and passed on a legacy of physical and relational death to their posterity. Cain rejected Abel as he slew him. Jacob rejected Leah and infected his household with jealousy. His sons rejected Joseph and broke their father’s heart.

And so the narrative goes throughout Scripture … including the dark night when Peter rejected Jesus as he walked alone to his death.

Since we were not designed for relational rejection, it always hurts.

Like the time I went to tell a high school girlfriend that I thought we should stop dating. But before I could share my thoughts, she said, “Ken, I think we should break up.”

Was I relieved to know she had arrived at the same conclusion? Yes … but that feeling was dwarfed by the pain of realizing that she no longer wanted to spend time with me. Even though I planned to end the relationship, I cringed when she beat me to the punch.

Most of us have had experiences that hurt far more. A long-time friend turns his back on you. A stranger disparages your race or family. An employer demotes or fires you. A parent or child won’t return your calls. Worst of all, a spouse says, “I don’t want to live with you anymore.” The closer the relationship, the greater the pain, and the more rejection feels like death.

Even if we avoid these kinds of “mega-rejections,” we’re often wounded more than we like to admit by interactions that still feel like personal rejection.

A married child vacations more often with her in-laws than with you. A pastor fails to visit when you’re sick or struggling. A church member says your sermons aren’t feeding him anymore. A boss dismisses a proposal or promotes someone else instead of you. A spouse prefers to work late or watch television rather than enjoy your company. Or someone simply criticizes your words, ideas, looks, or parenting.

We try to act like these things don’t bother us, but they do. Because they feel like rejection.

Yes, it’s also because we place unrealistic expectations on others. And because we depend way too much on the attention and affirmation of others. Any time we make an idol out of a relationship—by looking to other people for the meaning, approval, and fulfillment that only God can provide—we set ourselves up for grief.

But no matter how close we are to God, it will still hurt when other people reject us or things we value. David knew God intimately, but he was still devastated when a close friend betrayed him (Ps. 55:12-14). Paul saw Jesus face-to-face and consecrated his very life to him, and yet he was grieved over and over when churches he’d planted rejected his teaching (Gal. 4:19-20).

We are simply not designed to experience broken relationships, so every time they come, it hurts.

Rejection Can Be Reversed

Let’s look at an illustration of this dynamic. October Sky is a movie based on the real life story of Homer Hickam, a coal miner’s son who was inspired by the launch of Sputnik 1 in 1957 to take up rocketry. In doing so, he rejected his father’s wish that he follow in his steps as a foreman in the mines. As a result, his father pulled away from him, leaving Homer unsupported as he struggled to follow his dreams. Rejection often begets rejection.

When the young man returned home, he tried to reach out to his father, as this poignant scene shows. Watch carefully and you’ll see how difficult it is to repair the deep hurts of mutual rejection. (If a video screen does not appear below, click here.)

The climax to this story, like all great stories, is entirely relational. It’s a father conquering his own hurt, jealousy, and fear to support his son’s dreams. It’s a son choking up when he sees his dad in the crowd and then walking toward him with a boyish smile to invite him to launch the rocket.

2 Responses to "Two Things You’re Not Designed For"