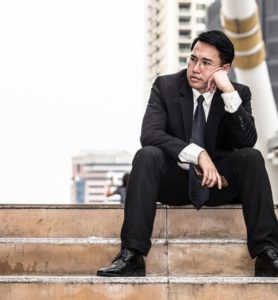 Forced pastoral exits are costing the American church over millions of dollars a year. The kingdom cost for these forced exits is far higher. Consider these sobering statistics:

Although there are times when it really is best for a pastor to step down, far too many good pastors are being driven out of ministry unnecessarily every week, leaving thousands of churches weak and vulnerable to spiritual attack. In many cases, factions multiply, ministries flounder and disillusioned members walk out the door looking for a new church.

As Scripture warns, “Strike the shepherd, and the sheep will be scattered” (Matt. 26:31).

The financial cost to a church for losing a pastor typically exceeds $83,000 and can easily be twice that amount as a result of decreased giving and other staff departures. This means that the attrition of pastors is costing the American church over 340 million dollars per year. [2]

But the spiritual costs are infinitely higher.

When a pastor is forced out of his pulpit and his gift for preaching is silenced for months, years or forever, countless sermons will never pass from his lips to the ears of people who need to hear the gospel.

When church members are embittered by a pastor’s forced exit and their gossip and backbiting leaks into their community, their non-Christian friends, neighbors and coworkers have one more reason to ignore Jesus and the gospel.  As George Barna observed, “Modern people contend that the greatest proof that God does not exist is the behavior of Christians themselves! In short, the way Christians live and act is solid proof in their minds that what Christians believe is not true.” [3]

When a pastor is not there to shepherd a married couple through difficult times, they are more likely to divorce, which often has a devastating impact on their children, including increased mental health issues, delinquency and impulsive behavior, as well as poor academic performance and increased likelihood to engage in drug use and sexual activity. [4]

The ripple effect of a forced pastoral exit can spread far beyond a local church as its reputation suffers, evangelism declines and missionaries on the field are forgotten.

Whatever the measure, the spiritual cost of losing thousands of pastors each year is appalling. The church simply cannot afford to let these losses continue.

So let me suggest four steps you can take to protect your pastor and your church from becoming another statistic.

Second, encourage your church leaders to take advantage of RW360’s RW Shepherd Training Program [3], which will equip them with skills they can use to strengthen relationships, prevent conflict and promote authentic peace and unity within your body.

Third, establish a Peace Sower Team [4] in your church comprised of trained instructors, coaches and conciliators who provide ongoing teaching and peacemaking services to your entire congregation. In addition to reducing conflict in your church, these teams can use RW360’s values-based resources [5] to spread the gospel in your community (see Using RW for Witnessing and Evangelism [6]).

Fourth, if your church is already in the midst of conflict, allow a team of our Certified RW Conciliators [7] to assist your congregation in resolving your differences in a way that restores peace and unity and brings honor to the Lord, as illustrated in this true story: A Wave of Confessions Saves a Church [8].

Your pastor’s length of service, not to mention his fruitfulness and joy in serving, as well as the unity and witness of your church, can be greatly enhanced as you use these resources to equip your people to relate to one another in a way that promotes genuine peace and reflects the reconciling power of Jesus and his gospel.

[1] These statistics are derived from these reports: Data USA: Clergy, Industries by Share [9]; Forced Pastoral Exits: An Exploratory Study [10]; Reasons for Attrition Among Pastors, LifeWay Research [11]; Ministering to Ministers [12]; 2021 Pastoral Mental Health Report [13]; Pastoral Termination Common but Often Avoidable, [14] and Conflicts within Churches that Lead to the Termination of Pastors [15].

[2] “It is accepted as an industry standard that the cost of replacing a professional is roughly equivalent to the annual salary of the position. The cost of replacing a pastor is even higher … and can total $278,000” (Elephant in the Boardroom [16], Weese and Crabtree, pp. 29-31; see also How Much Does Employee Turnover Really Cost? [17]). The average salary and benefit package of a pastor in the U.S. is $83,000 (Salary for Pastor in the United States [18]).  Thus the cost of 4,100 pastors leaving the ministry prematurely each year in the U.S. could be estimated to be at least 340 million dollars a year ($83,000 x 4,100). As explained in Elephant in the Boardroom, the actual financial cost to a church when losing a pastor is far higher when members stop giving in protest to a forced pastoral exit or actually leave with the pastor.

[3] See George Barna, Hypocrisy is Keeping People from the Church [19]

[4] See The Psychological Effects of Divorce on Children [20] and Religious Parent’s Divorce May Cause Children to Leave the Church [21]).