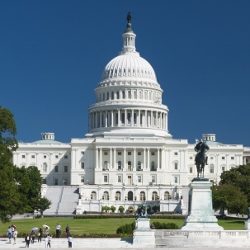 Our entire nation was stunned by yesterday’s shooting at a Congressional baseball practice. Rep. Steve Scalise was still in critical condition this morning, and three others are recovering from less severe injuries. Had it not been for the heroic intervention of two Capitol Hill police officers, we might have seen a massacre of our national leaders.

This tragedy has brought about much-needed unity on Capitol Hill. Shortly after the assault, Democrat and Republican Congressmen gathered in the Chamber for heartfelt prayer. Many of them crossed the aisle to hug colleagues who were literally ducking bullets earlier in the day.

The political rhetoric that has plagued our country for months has been temporarily dampened. But like a forest fire that reached the roots of the trees before a brief rainfall, the flames of political enmity will burst forth again unless they are thoroughly extinguished.

You and I can play a role in this healing process.

First, replace criticizing with prayer. Whenever you see or read a political news report that triggers an emotional action, resist the temptation to grumble or complain to others. Instead, let such reports move you to immediate and earnest prayer for our political leaders, for a return to civil discourse in all levels of society, and most of all, for a genuine spiritual revival throughout our country.

Second, weave humility, compassion, wisdom and grace into all of your conversations about politics. For practical guidance on how to do this, especially when conversing with people of opposite views, see the sixteen action steps described in Politics as Ministry [1].

Third, please pray for me as I teach three relational wisdom seminars in Washington, D.C. next week. These events will involve leaders from Congress, senior military and civilian leaders from the Pentagon, presidential appointees and foreign ambassadors.

The training is scheduled to begin on Friday with a breakfast seminar on Capitol Hill, followed by a custom seminar with Congressional Chiefs of Staff. On Saturday, I will teach a full Discovering Relational Wisdom Seminar [2] for these national leaders, as well as their spouses and older children.

Yesterday’s attack has highlighted the need for improved emotional restraint, relational wisdom and conflict resolution in our nation’s capital, so I would deeply appreciate your prayers along these lines:

As part of our ministry to these leaders, we will offer each of them and the members of their staffs free access to our full online training at Academy.rw360.org [5] in the hope that they will experience the benefit of improved relational skills both at home and in their vital national service.

Please pray for all those involved in these events and ask God to use recent political tensions and tragedies to humble and unite these leaders around the core Judeo-Christian values that form the very foundation of our nation.