Churches and ministries (as well as married couples) could learn a vital lesson from the U.S. State Department.

Chip Zimmer [1], our ministry’s Vice President, worked for the State Department from 1990-2001, serving in diplomatic posts in Africa and Latin America. In light of last week’s evacuation of the families of U.S. diplomats in Turkey [2], Chip told me that the State Department has a carefully developed protocol for evaluating and responding to threats to U.S. diplomatic posts around the world.

That protocol involves a graduated list of specific risk factors, with each level of risk triggering a specific response. Low levels trigger enhanced compound security. As risk levels increase, so do the progressive responses, which can include the evacuation of families and non-essential personnel, the destruction of documents, and ultimately the withdrawal of all personnel and the closing of the post. 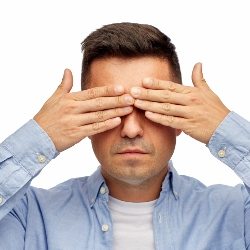 The State Department’s original evaluation system had a major weakness, however. Over the years they discovered that diplomatic leaders on the ground at a threatened post had a tendency to be blindly optimistic. Even as problems escalated, they tended to say, “It’s really not as bad as it looks; if we just wait awhile, things will get better.”

Experience eventually proved that this “on-the-ground optimism” could have disastrous consequences, including the loss of American lives. So the protocol was changed.

The primary responsibility for assessing risk levels was shifted from local diplomats to experts at the State Department’s headquarters. These experts engaged local diplomats before crises emerged to develop objective criteria for responding to specific types of risks. Later, when an actual crisis began to escalate, the outside experts brought a more objective perspective to the assessment process and after appropriate discussions made the final decision on what responses should be triggered.

This system is certainly not flawless (as illustrated in the tragic death of Ambassador Chris Stevens in Libya in 2012 [3]), but it has proven to result in fewer disasters than the previous practice of relying exclusively on overly optimistic appraisals of people on the ground.

Christians Can Fall into the Same Trap

I’ve worked with many churches and ministries that fell into the “blind-optimism” trap. Even though problems were mounting, people were leaving, revenue was falling, and ministry impact was tanking, the leaders kept saying, “It’s really not as bad as it looks; if we just wait awhile, things will get better … especially if we keep praying!”

Occasionally they did experience a surprising turn around. But in most cases their blind optimism prevented leaders from facing reality, kept them from seeking needed advice, and delayed changes that might have prevented the continued decline and eventual folding of their churches or ministries.

This problem is not confined to churches and ministries. Married couples and business executives are also vulnerable to blind optimism. In my experience, men are more prone to this perspective than women, especially in marriages (which is why it’s usually wives rather than husbands who initiate counseling).

The State Department’s policy of seeking outside, objective guidance when problems mount lines up with the wisdom principles of God’s Word:

“Better was a poor and wise youth than an old and foolish king who no longer knew how to take advice” (Eccl. 4:13)

“Listen to advice and accept instruction, that you may gain wisdom in the future” (Prov. 19:20).

“The prudent sees danger and hides himself, but the simple go on and suffer for it” (Prov. 22:3)

These principles proved themselves to be true even with a spiritual giant like Moses, who was overly optimistic about his ability to resolve all of the conflicts among the people of Israel (see Exod. 18:13-26). Looking at the situation through an outsider’s objective eyes, Moses’ father-in-law, Jethro, helped him to see that he was risking exhaustion and possible rebellion with his current system.

Jethro also proposed a solution to the problem, which Moses had the humility to accept. He admitted his need for assistance and appointed additional judges within each of the tribes of Israel. Although it undoubtedly required significant time and effort to train these new judges, the new system ultimately strengthened the community by speeding the resolution of conflict.

If Moses could admit his need for objective, outside advice, so should we. Here’s how you can start.

First, if your church, ministry, marriage or business is experiencing a growing level of stress or conflict, make a conscious effort to guard against the common human tendency to be blindly optimistic … as well as the tendency to be too proud to ask for help.

Second, seek assistance in making an objective evaluation of your situation. In many cases you can do this by asking for candid counsel from a few individuals who are close enough to have meaningful input but distant enough to be impartial … and who have the courage to tell you what they really think. In other cases it may be wise to hire a consultant to help you conduct a broader survey of people who are involved with your church or ministry. I usually encourage leaders not to develop their own surveys because: (1) the natural human tendency is to shape questions and evaluate data in a way that simply reinforces preconceived opinions; (2) poorly written surveys can actually stir up greater controversy; and (3) an experienced consultant can be invaluable in interpreting data and recommending the most constructive responses.

Third, if you realize you’re facing conflict that is beyond your ability to resolve, seek assistance from a respected conciliation organization. I recommend all of the organizations on this list [4], especially Crossroad’s Resolution Group [5], whose members are cross-trained in both Christian conciliation [6] and relational wisdom [7], which enables them not only to resolve conflict but also to equip your people with skills that actually prevent conflict.

Finally, take objective feedback and counsel seriously, provided it is well-reasoned, supported by reliable data, and biblically sound. This may require you to admit weaknesses or take actions you’d prefer to ignore. But just as upgrading diplomatic security or evacuating threatened embassies at the right time can save lives, so too can timely organizational changes preserve the mission and impact of your church or ministry.

PS – Many churches and ministries try to solve organizational problems by making impulsive and often unnecessary changes in leadership. To avoid falling into this equally dangerous trap, see the principles set forth in Leadership Transitions: The Good, the Bad and the Clumsy [8].

Reflection Questions (Most effective when shared with a friend; James 1:22-25 [9])