If Your Enemy Is Hungry … 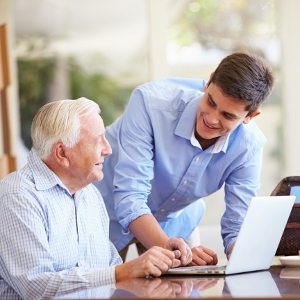 When I graduated from college, I was hired by a medical R&D company that was developing an advanced kidney dialysis machine. Within one year I was promoted to serve as the project manager. That’s when the trouble started …

Within 24 hours of my promotion, I realized I had zero training on how to deal with the older, better educated and far more experienced engineers and technicians I was suddenly supervising.

A senior engineer who I’ll call Jim (not his real name) clearly struggled with my promotion. Although he was not overtly disrespectful, his demeanor often communicated both skepticism and resentment.

As I prayed about the situation, I saw that Jim’s pride had been hurt when he was passed over for the promotion. Since he had not received the respect he thought he deserved from the company, I realized that I needed to make a special effort to affirm the vital role he was playing on our design team.

Therefore, instead of relating to Jim as his superior, I cast myself into the role of being his servant.

I met with Jim and sincerely highlighted the critical nature of the new components he was responsible for developing. I emphasized that he was pioneering a major advancement in medical technology, and that he was the only person on the team who could make this particular breakthrough. All of which was absolutely true.

Explaining that I wanted to serve him in a way that would free him to focus on his gift for cutting-edge engineering, I asked him to tell me what I could do to relieve him of distracting administrative tasks and to make sure that he had all of the resources and support he needed to forge ahead.

I can still remember the surprised look on Jim’s face during that first meeting. My explicit respect and affirmation for his unique gifting and vital contribution to the project had already begun to heal his wounded pride and diminish his resentment.

Even so, I had to back my words up with ongoing actions. I dropped by Jim’s office and laboratory regularly to commend his progress and discover what additional resources he needed. I further demonstrated my respect for him by asking for his advice on how to address technical and staffing issues, and then I put his counsel into practice whenever possible.

During team meetings, I drew attention to Jim’s latest achievement (as I did with everyone on the team) so that we could all celebrate our progress and cheer one another on toward our shared goals.

Of course, negative attitudes do not change overnight. So there were still times during our “adjustment phase” when Jim challenged me inappropriately. Instead of confronting him publicly, I’d drop by his office later in the day and graciously but firmly explain how his actions would undermine our project goals.

Defuse Problems Before They Erupt

I also scheduled a brief meeting once a week so we could talk privately and share any ideas or concerns we had about our working relationship or the project itself. That gave us both a safe place to talk freely and defuse issues before they became divisive.

Although these efforts consumed valuable time, they eventually paid off. Within three weeks everyone noticed how Jim had changed. His clouded face had been replaced by a smile, and his voice was happily animated when he talked about our work together.

But the most surprising change was his attitude toward me. Where he had once been skeptical of my abilities and resentful of my position, Jim eventually became one of my greatest supporters, publicly praising my leadership and thanking me for bringing out the best in our team.

In retrospect I can see that my approach to Jim was essentially an application of Paul’s counsel in Romans 12:20: “If your enemy is hungry, feed him; if he is thirsty, give him something to drink.”

Although I never thought of Jim as my enemy, he definitely harbored a critical attitude toward me when I became his supervisor. By identifying what he was truly hungry for—to be sincerely respected and valued, and to make a meaningful contribution to our efforts—and finding honest ways to fulfill that desire, I was able to preserve his vital role on our team and actually develop a genuine friendship with him.

I wish I could say that I’ve always managed people this thoughtfully and effectively, but I can’t. All too often I’ve been so wrapped up in my own responsibilities that I’ve failed to study, engage and affirm people as well as I should have.

But God is not done with me. By his grace, I’m continuing to learn how to be increasingly other-aware and other-engaging, not only in my professional relationships but also with my family and friends.

And the more I relate to others as a servant rather than a superior (just as Jesus relates to me), the happier everyone is. 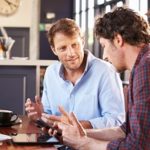 Are You Relational or Informational?

Are You Relational or Informational? 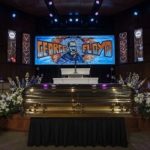 What You Can Do About Racial Tensions
×