If Your Enemy Needs Electricity 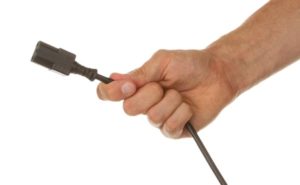 Rich, a dear friend of mine, had a horrible conflict with his neighbor, Cynthia. A property line dispute that began with debates in the back yard had evolved into heated arguments. Eventually Cynthia filed a lawsuit.

As a trained peacemaker, Rich felt guilty that he had been unable to resolve the conflict personally. He knew that other neighbors were aware of the situation and that his witness as a Christian was being damaged.

One evening he was standing in his back yard looking at Cynthia’s house through the growing shadows. Wrestling with frustration and guilt, he cried out to God, asking, “What can I do to settle this, Lord? How can I get through to her and work out a reasonable compromise?”

At that very moment, all of the lights in Cynthia’s house, as well as the other houses on her street, went out. A local power outage left his opponent with no electricity.

When he recovered from his initial surprise, Rich recalled that Cynthia had a large aquarium. Without power the aerator would not work. If it was out all night, the fish might be harmed.

Then Roman’s 12:20-21, a passage he had studied during peacemaker training, came to mind:

“If your enemy is hungry, feed him; if he is thirsty, give him something to drink; for by so doing you will heap burning coals on his head.” Do not be overcome by evil, but overcome evil with good.

Rich hesitated for a few moments, wondering whether the passage applied to electricity. But something inside moved him to act. He ran to his garage and grabbed all of his extension cords. After plugging into the outlet on his own back porch, he strung the cords together all the way to Cynthia’s back porch.

Feeling awkward and nervous, he knocked on her back door. She emerged with a flashlight in her hand and a surprised look on her face.

Before she could speak, Rich simply said, “I saw your power was out and was concerned that the fish in your aquarium might be in trouble without the aerator. So I thought you could use a little electricity.”

Cynthia was speechless. She was so stunned she didn’t know what to say.

And then the power came on.

If Rich had hesitated even one minute to obey the prompting to help his neighbor, it would have been too late.

As lights from inside her house illuminated the porch, Cynthia relaxed a bit and said, “Thank you, but I guess I won’t be needing it now.”

Rich was undeterred. He held the end of cord out again and said, “Well, why don’t you keep this for the night just in case the power goes out a second time.”

As he walked back to his home a few minutes later, Rich felt a peace he hadn’t known in weeks. The next morning he found his extension cords coiled neatly on his back porch.

Later that day, he and Cynthia encountered each other on a corner near their homes. She thanked him again for his thoughtfulness. He suggested that they try once again to talk through their differences personally. One civil conversation led to another. Within a week they reached an agreement and closed the lawsuit.

As neighbors and friends commented about the situation in the months that followed, Rich used it as a springboard to describe how God reached out to a world lost in darkness to bring us the light of the gospel in Jesus Christ. A painful lawsuit was turned into an opportunity to witness.

What about you? Do you have a difficult neighbor? A disappointing spouse or a frustrating teen? A critical supervisor or irritating coworker?

If so, ask God to help you discern a need that person may have, whether material, emotional or spiritual, and then move to meet it.

God may use your kindness to soften that person’s heart, or as a testimony to people who are watching you.

Or maybe he’ll leave others the same for now and simply change your heart as you learn to find peace and joy by imitating Jesus’ example of responding to evil with good. 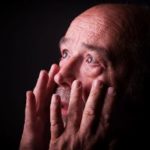 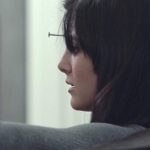 7 Ways to Redeem an Offense 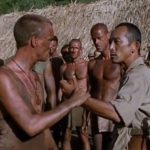 How Well Do You Love Your Enemies?
×