The Three Faces of Fear

Fear usually triggers one of three reactions: control, anger or withdrawal (the latter two actually being forms of the first).

This is a key insight for improving both your self-awareness and your other-awareness: whenever you encounter control, anger, or withdrawal, it is usually a sign of fear, either in yourself or others.

Once you understand this, you will be better prepared to resist the temptation to react defensively to the presenting behavior of control, anger, or withdrawal, and instead respond wisely to the real issue: fear.

This principle is vividly illustrated in the highly acclaimed movie, Remember the Titans.

The film chronicles the real life desegregation of the football team at TC Williams High School in Richmond, Virginia in 1971. As you watch the following interaction between athletes Gerry Bertier and Julius Campbell (played by Ryan Hurst and Wood Harris), notice how each young man displays signs of control, anger, and withdrawal (if a video screen does not appear below, click here).


Can you discern what fears might have been driving this interaction?

In real life, Gerry Bertier was paralyzed in a car accident at the end of the 1971 season. Before the accident, he and Julius had overcome their differences and became close friends. As a result, Julius was devastated by his friend’s injury. As you watch the following scene, notice what Gerry admits was the real source of his initial hostility toward Julius (if a video screen does not appear below, click here).

“I know I was only hating my brother.”

Minister to the Real Issue

Store this revelation away in your memory. And the next time you encounter control, anger or withdrawal in a relationship (especially in yourself!), look behind these behaviors to discern the real issue. More often than not, it will be a hidden concern, anxiety, apprehension or other form of fear.

If you see these things in your own heart, you will be better prepared to resist the temptation to give into anger, control or withdrawal and to instead pray that God will enable you to speak and act in a way that leads to understanding and deeper relationship.

If you see signs of fear in others, you can ask God for grace to resist the temptation to defend yourself and instead say something like this:

“I’ve just realized how concerned you must be about [describe the issue as graciously as possible]. I’m sorry I didn’t see this sooner. Please help me to understand more clearly how you’re feeling so we can work together on this.”

The more quickly you address others’ fears with the gentleness, kindness, and love of Christ, the more often you’ll often see a positive result, for … 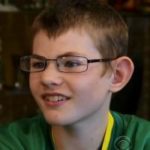 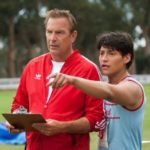 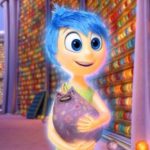