It’s pretty hard to find a good confession in a modern movie … but here’s a great one.

This clip comes from the movie Fireproof. Kirk Cameron plays a young fireman whose marriage is falling apart due to his selfishness, insensitivity, addiction to pornography, and violent temper. Erin Bethea plays his wife, Catherine, who is being drawn into an affair with a co-worker.

By the time this scene takes place, Catherine has filed for divorce. Caleb’s father has been coaching him on how to win Catherine back. Caleb initially resisted his father’s counsel, but then God opened his heart to the gospel. Caleb was profoundly convicted of his sin against God and his wife, and transformed by the realization of God’s love and forgiveness.

Even though he then began to sincerely reach out to Catherine, she was skeptical of his motives and unwilling to believe that he had really changed. In this scene, she is sick in bed with a high fever, and he is trying earnestly to care for her even though she is clearly not welcoming his efforts.

As you watch this brief conversation, keep your eyes open for the three elements of the “SOG Plan” (being Self-aware, Other-aware, and God-aware). Try to read the emotions that each person is feeling. What are their thoughts and interests? Their Fears? Doubts? Questions? Hopes?

You won’t get all this information from words alone. You’ll need to watch their eyes and body language, and listen to the tone of their voices. But most of all, ask yourself, “What would I think and how would I feel if I were in his or her position?” Use your powers of observation and imagination to improve your capacity for empathy.

Most importantly, ask yourself, “How can the gospel inspire me to do what this young man has done?” (If video screen does not appear below, click here.)

Did you catch the skepticism in Catherine’s words and voice? The look of icy aloofness in her eyes? The mixture of confusion, doubt, and glimmering hope as she tries to decipher his action and words? How she questions his motives since he was obviously unenthused when he began the rebuilding process? Can you understand why she would feel this way?

Although the gospel is not explicitly articulated in this scene, it was earlier in the movie. Caleb’s father explained the good news that “God so loved the world, that he gave his only Son, that whoever believes in him should not perish but have eternal life” (John 3:16).

Caleb’s awareness of the love and forgiveness he has received through Christ is revealed during this scene when he says, “Half-way through I realized I did not understand what love was, and once I understood that, I wanted to do it.”

Caleb’s increasing God-awareness also made him more aware of both his own sin and how terribly he had hurt his wife. This three-fold awareness humbled him, drove him to his knees before his stunned wife, and compelled him to say words she never dreamed she would hear from her proud, selfish husband:

“I am sorry … I have been so selfish … For the past seven years I have trampled on you with my words and my actions … I have loved other things when I should have loved you … In the last few weeks, God has given me a love for you that I never had before.”

As compelling as this confession is, it does not immediately soften Catherine’s heart. But it sets the stage for a climactic scene when Caleb’s words are backed up by an enormous sacrifice that tears down the walls Catherine has built around her heart.

This movie is excellent for family viewing (but be prepared for one intense scene where Caleb loses his temper and verbally assaults his wife.) Even the issue of Caleb’s addiction to pornography is handled with great delicacy. For a detailed review of its content, see Plugged In or IMDb. 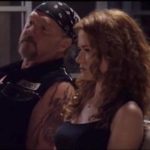 A Biker with Amazing Relational Skills 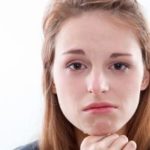 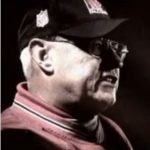