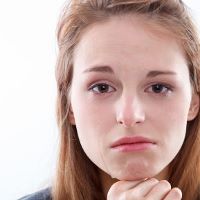 Tom called me for advice on how to deal with a church elder’s daughter who was pregnant out of wedlock.

Half of his elder board was insisting that she appear before them to confess her sin. The other half, including her father, wanted her to simply write a letter of confession. The young woman was willing to write a letter, but wanted the church to then leave her alone.

After hearing Tom’s detailed description of his conversations with her, I asked him if he had a Bible nearby. When he said yes, I asked him to open it to Isaiah 40:11 and read it over the phone. This is what it says:

“He tends his flock like a shepherd: He gathers the lambs in his arms and carries them close to his heart; he gently leads those that have young.”

When he finished reading, I asked him a hypothetical question: “If this young woman was reading through Isaiah today and came to this verse, would she pause and say, ‘That’s exactly how my pastor has treated me in this situation’?”

There was a long pause on the phone. After mentally replaying his words to her, Tom finally said, “No, I don’t think that’s what she would say.”

I responded, “Then perhaps the next move you should make is to drive over to her home, meet with her face-to-face, and confess that you have failed to shepherd her through this crisis in a way that reflects the kindness and gentleness of Christ.”

Tom had the humility to do exactly what I suggested. He later reported to me that when he met with her and her parents that afternoon, he began by reading the passage from Isaiah.

The young woman flinched when he opened his Bible, fearing further correction. Her face softened as he read, however, and her eyes filled with tears. When he confessed his failure to love and shepherd her as Jesus would, both she and her parents began to sob.

A new kind of conversation opened between them. Finally sensing gentleness and compassion from her pastor—hearing him weep with her rather than rebuke her—she felt safe at last to open her heart and share her feelings of shame, guilt, and fear.

He responded with the good news of the gospel and reminded her of Jesus’ promise to forgive and restore all who turn to him in genuine repentance. And then they began to plan how she could share a testimony of God’s grace and forgiveness with her church … and how they could minister to her as she took responsibility for the tiny life God had placed in her care.

The gentleness and compassion that finally flowed through Tom into the life of this frightened young woman can also flow through you and me when God places us in a position to minister to others. It may be your spouse or child who feels weak and discouraged … either because of difficult circumstances or their own recurring sin. Another time it may be a friend, employee, or co-worker.

Whatever the relationship or circumstances, if God has given you a position of influence in a hurting person’s life, ask him to also give you the heart of a shepherd—a Christ-like shepherd. Reflect on the gentleness, kindness, and mercy he has lavished on you through the gospel.

Then pass it on to others in a such a way that if they happen to be reading in Isaiah and come to the eleventh verse in chapter forty, they will say that’s exactly how you treated them.