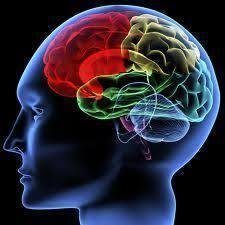 Peter, James, and John were hijacked. So was Paul.

The same was true of Abraham, Sarah, Isaac, and Rachel … even David, the man after God’s own heart.

Chances are that you’ve been hijacked too. Probably within the last week.

Think, for example, of a time when you hit your thumb with a hammer and blurted out an expletive … only to remember a moment too late that your five-year-old daughter was standing by your side.

Or a time when someone said something that offended you, so you threw a sarcastic comment back at him … only to wish later that those words had never left your mouth.

It’s bad enough when this happens in private; it’s so much worse when it’s done during a congregational meeting.

Hijacking Can Be Humorous

Sometimes hijacking is funny. Like the time my daughter wrote all over a wall and her own face with lipstick. Although the evidence against her was conclusive (and a quick confession would have been wise), when asked how the wall got all red, fear of admonishment led her to say, “I don’t know.”

We also smile when we read the account of a servant girl named Rhoda in the book of Acts. Peter had just been miraculously released from prison and was knocking on Rhoda’s door. Note how her emotions overpowered rational thinking: “Recognizing Peter’s voice, in her joy she did not open the gate but ran in and reported that Peter was standing at the gate” (Acts 12:14). So Peter kept on knocking …

Unfortunately, hijacking is usually not funny. When we are overtaken by sinful emotions like anger, jealousy, lust, or fear, we often respond impulsively and say or do things that hurt other people, damage our relationships, trigger long-lasting shame, and weaken our witness as followers of Christ.

Like James and John when their anger flared and they sought to bring down fire on the Samaritans because they would not welcome Jesus (Luke 9:51-55).

Or Peter, when fear compelled him to deny Jesus three times … which he deeply regretted within moments as he wept outside the gate (Luke 22:54-62).

When we read these biblical narratives, we typically explain them by simply saying, “They sinned.”

That’s true, but painting with such a broad brush robs us of a full understanding of the problem and an effective plan of action.

Sin is definitely central to these harmful dynamics, but its impact is far more nuanced than most of us realize. Let’s look at this from both a theological and neurological perspective.

At creation, God made us in his image (Gen. 1:26). Among other things, this means he designed our minds to function perfectly in every situation, no matter what kind of stress we might be feeling. The limbic part of our brain, where emotions and motivations are centered, was designed to work in perfect harmony with our neocortex, where rational thinking and decision making takes place.

But sin threw this beautifully designed system out of whack. Instead of meshing smoothly, the various parts of our brain sometimes get out of synch. Emotions, desires and passions can get so intense that they compel us to do things we know are wrong and will soon be regretted (see Rom. 7:18-19; James 4:1-3).

A Matter of Nanoseconds

Part of what goes wrong in these situations (and this is only one part) has to do with the wiring of our brains, which no longer works as perfectly as God initially designed it. So here’s what happens …

Data from our senses enters the brain through the thalamus, which relays impulses to other parts of the brain. Due to small differences in the distances to be traveled, impulses arrive at the limbic system a few nanoseconds before they get to the neocortex. This means that our emotions can get rolling before we are able to rationally process the information.

Simple illustration. My wife is terrified of snakes. If we were walking along a high mountain cliff and she saw a small garter snake beside the trail, she would probably scream and leap ten feet out into thin air before her neocortex reminded her that she can’t fly. But by then it’s too late.

Saved by a Water Bottle

Next week we’ll look at several ways to use the READ principle to guard against hijacking. But let me leave you with a simple illustration today.

I once counseled a man who frequently got himself into trouble at work by speaking impulsively during business meetings. If he was irritated, surprised, or simply wanted attention, he would throw out little sarcastic comments that steadily eroded his credibility and relationships. He wanted to stop but the little jabs just kept on coming.

Although a thorough solution would require a prayerful examination of his heart (Matt. 15:19), I gave him some immediate help simply by advising him to always take a water bottle or cup of coffee into his meetings … and to never say a word until he had raised the bottle or cup to his lips and taken a sip.

The six seconds required to take a sip gave his brain time to work around his emotional impulses and get a message up to the neocortex, where his higher reasoning powers had time to evaluate the situation and send an overriding message to his mouth: “I really don’t need to say this.”

Not very fancy, but it worked. And that little bit of progress motivated him to pursue the more comprehensive solutions we’ll look at in next week’s blog: Four Ways to Defeat Hijacking. 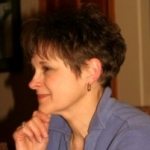 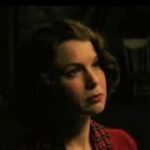 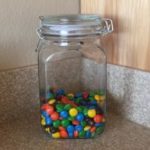