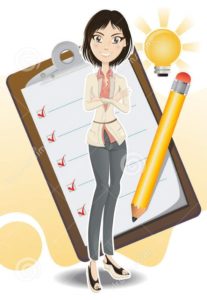 During the last months of my son’s senior year in high school, Jeff had a lot of conflict with his mother. As a result I was doing more mediation at home than I was through my conciliation ministry.

Night after night the three of us applied principles of confession, forgiveness and negotiation. And the next morning the conflict started all over again.

But then my son began to learn and apply the basic principles of relational wisdom: God-awareness, Self-awareness and Other-awareness.

Here, in Jeff’s own words, is how RW changed his relationship with his mother … and everyone else in his life. (These comments are taken from a plenary address Jeff gave at age 19 to 700 teenagers and their parents.)

God wired parents to be nurturers. They are divinely programmed to raise children and prepare them for success in life. These instincts seem to be particularly strong in mothers.

This was certainly true of my mother. During my last couple of years of high school she was intensely focused on preparing me to launch into life. In many ways this was a great blessing; she spurred me on in countless ways to become a responsible and disciplined person.

But there was a downside. In the last few months of my senior year, my mom was acting like a contractor who is nearly done building a new house. The last step in finishing a building is to walk through it with what’s called a “punch list.” The contractor is not focusing on all the things that are right in the building, but on all things that are not yet done to his satisfaction. He makes notes of chipped paint, sticking doors, pealing linoleum, and leaking faucets. If he’s a good builder, he wants the house to be perfect when he hands the keys to the new owners.

That mindset is great for a contractor, but it can drive a teenager crazy. As my mom kept focusing in on the unfinished elements of my character, we experienced a lot of conflict. I felt like I would never be able to please her, and she felt like I was stubbornly refusing to listen to what she thought was vital counsel for life.

Then my dad began teaching me about relational wisdom. It all seemed rather theoretical at first, until he suggested that I teach RW to the high school group at our church. Realizing I needed to provide a real-life example of RW, I decided to apply these principles to my relationship with my mom. When I did so, it turned my world upside down.

First, I realized that I needed to become more God-aware.

To be honest, I hadn’t thought very deeply about God’s role in my relationship with my mother. Yes, I’d been taught all of the verses about obeying my father and mother, but as I approached graduation and independence, those concepts seemed less and less applicable.

But as I started applying relational wisdom, I had to face questions like these: “Where is God in all of this?” “What is he up to? What does he expect of me?” “How can I please and honor him?”

The Bible provides very direct answers to those questions. God is Lord of all. He created me and saved me through the sacrifice of his Son. I owe him everything. As Jesus taught in John 14:23, the best way I can respond to the love he has shown me is to obey his Word.

And his Word has a lot to say about how I treat my mother.

For example, Romans 13:1-2 teaches that every authority in heaven and on earth is established by God. This means that my mother is a “governor” appointed by God to teach and guide me as I prepare for adulthood (as my father frequently reminded me). Since she was appointed by God, she represents God, and he commands me to respect her as his agent in my life.

It finally dawned on me: whenever I resisted my mother, resented her, or defied her, I was actually resisting, resenting, and defying God himself. That is big-time sin, and I was guilty of it over and over.

I began to realize that one of the main things God was up to in my life was to teach me to submit to the authority structures he has built into this world. It finally came to me that if I could not learn to respect and value my mother’s correction and guidance, I’d struggle with every other authority structure I encountered as I moved out into the world.

The second thing I learned as I studied relational wisdom was that I needed to become more self-aware.

I began by identifying the emotions I felt when my mother sought to correct or counsel me. The pattern was very consistent: frustration, anger, resentment, bitterness, hopelessness.

Then I had to ask myself, “Why do I feel this way.” At first I wanted to blame it all on my mom. But as I prayed about it, I realized she was not the problem; I was.

I had to face the fact that I was saturated with pride and self-righteousness. I thought I knew it all. Although I wouldn’t say it out loud, in my heart I believed that I was smarter than my mother and everyone else. So whenever she tried to counsel or correct me, my pride took over and I became defensive and angry.

As I sought to apply relational wisdom, God brought to mind a series of Bible passages that were directly on point:

As I prayed through these passages, I realized my mother was not the cause of the negative emotions I was feeling. Those feelings were simply the symptoms of the pride and self-righteousness that was ruling my own heart. As I confessed those sins to God and asked for his forgiveness, he graciously loosened the chains of my pride and gave me humility to listen to my mother and value what she was trying to teach me.

As a result I became less defensive and argumentative, and I began to really think about the values and disciplines she was trying to pass on to me. And one day, I finally saw something I’d been blind to all along: there was not one character quality my mother was trying to teach me that I would not one day wish I had developed. So why not cooperate and build these things into my life now, rather than waiting until later in my life?

Finally, God helped me to finally become other-aware with regard to my mother.

This triggered some painful realizations that I had been blind to most of my life.

My mother is a very smart and highly disciplined woman. She has two degrees and was a very successful teacher and counselor. She could have pursued a fulfilling and well-paying professional career serving people who appreciated her labors. Instead, she gave all of that up to be a full-time wife, mother, homeschool teacher and family manager.

When she wakes up in the morning, the first thing she thinks about is her family; throughout the day, she is constantly thinking about and caring for us; she lives and breathes to guide us, feed us, look out for us, and spur us on to become all that God designed us to be.

By God’s grace I finally realized that in contrast to the students she served as a teacher and counselor, I had not given her even one percent of the respect and appreciation that she deserved for all the sacrifices she has made for me. Instead of making her job a joy and delight, as commanded by Hebrews 13:17, I had made it a burden and a trial.

As God opened my eyes to become more aware of my mother’s character, all she had done for me, and how my pride and defensiveness had hurt her, our relationship began to change in really good ways.

I became more grateful for who she is and how she was serving me. I began to listen more humbly to her advice and benefit from her wisdom. We were able to laugh more and kid each other in ways we hadn’t done in years.

No, it didn’t suddenly become perfect. My pride and her punch list still clash at times, because moms never stop wanting to see their sons improve and sons never completely conquer their pride.

But my last few months at home before college were some of the best times we’ve ever experienced. And now that I’m back home for the summer, we are enjoying each other more than ever.

In short, I’ve learned that God’s promise in Ephesians 6:1-2 is true: “Children, obey your parents in the Lord, for this is right. ‘Honor your father and mother’ (this is the first commandment with a promise), “that it may go well with you and that you may live long in the land.”

As I become more respectful of the role God has given my mother in my life, more aware of my pride and sinful tendencies to resist correction, and more grateful for all that my mother does for me, life is truly going well for me and, more importantly, for her.

Things have continued to improve between Jeff and Corlette as both of them continue to weave God’s relational principles into their lives.

Of course we all still stumble at times as we wrestle against remaining sin. But by God’s grace our relationships are growing closer and closer as he continues to work through his “perfect punch list” and conform each of little by little to the image of Christ (see Phil. 1:6; Rom. 8:29).

Special word to parents: The improvement in the relationship between my son and my wife was not one-sided. Corlette also made a deliberate effort to evaluate the situation through the God-aware, self-aware and other-aware paradigm of relational wisdom, which enabled her to change and grow just as Jeff was. Among other things, she realized that she tended to focus more on “deficits” in our son than she did on affirming the many ways he was growing. Most importantly, she came to grips with the realization that God had not called her to “perfect” our son before he left home. He used us for an important season of growth in Jeff’s life, but there were still many years ahead in which God would continue that refining process … as he is still doing with both Corlette and me!

Special prayer request: Tomorrow Corlette and I leave on trip to the east coast where we will make 17 presentations in 17 days, including three full Discovering RW Seminars. Please pray that God would enable us to listen well to every person we meet, to truly understand their needs and concerns, and to be a channel of the Lord’s wisdom and grace into their lives. 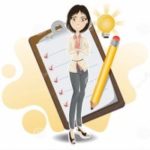 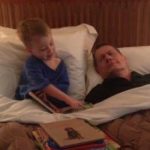 Round Four with Cancer … and It’s Still All About Relationship 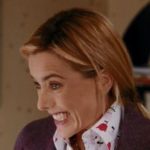