I Was an Embarrassment to My Friends 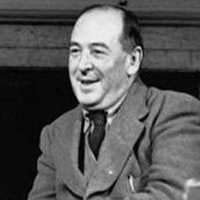 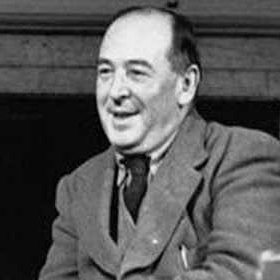 C.S. Lewis and I have something in common: there was a time when each of us became an embarrassment to our friends.

Lewis endured this uncomfortable experience after his wife, Joy, died. Here is what he wrote in A Grief Observed:

“An odd by-product of my loss is that I’m aware of being an embarrassment to everyone I meet. At work, at the club, in the street, I see people, as they approach me, trying to make up their minds whether they’ll ‘say something about it’ or not. I hate it if they do, and if they don’t. Some funk it altogether. R. has been avoiding me for a week. I like best the well brought-up young men, almost boys, who walk up to me as if I were a dentist, turn very red, get it over, and then edge away as quickly as they decently can. Perhaps the bereaved ought to be isolated in special settlements like lepers.”

I became an embarrassment to friends after a sudden unplanned career transition. I was not at liberty to share the detailed reasons for the change, which created an opportunity for confusion and speculation.

My truest friends said, “I don’t need to know the details, I know you,” and our relationships actually deepened.

A few people assumed the worst … and shared their judgments with others. Some of their gossip circulates to this day.

But what surprised me the most were the people who seemed to find me to be an “embarrassment,” as Lewis would put it. They sensed that something unpleasant had happened, but they didn’t know how to address it.

As a result, they felt awkward around both me and Corlette. Although we tried to put them at ease and continued to seek engagement, we realized that many of these friends were uncomfortable around us, and some were clearly avoiding us.

It was a painful period, to be sure, but also one that brought Corlette and me closer to each other and to God. It also taught us to more sensitive to people who are going through similar distressing trials.

As I reflected on how I felt when people had treated me as an awkward embarrassment, I realized that the best way to counteract this feeling was to deliberately lean in toward people who were going through painful or embarrassing times themselves.

For example, when a friend was sentenced to prison, I knew he was overwhelmed with shame. Rather than pulling away, I wrote and visited him regularly, assuring him by my actions that I still viewed him as a brother in Christ who was precious to God and dear to me.

When a local pastor was driven from his pulpit by a group of critics and forced to take on a sales job, it was easy to imagine his sense of failure. So I made it a point to call him regularly to ask for his advice on theology, shepherding and books to read … demonstrating that I continued to value his pastoral gifts and experience.

A few weeks ago, when I read in the paper that a young man I’d known for years had been arrested, I realized that his parents would naturally feel embarrassed and awkward as news of the event spread. So I sent them a handwritten note to reassure them of my love and respect and to let them know that I was praying confidently that God would continue his good work in their son’s life … as he has done in my own children’s lives when they navigated rocky times.

And just a few days ago, when my bank attracted major national attention for illegal marketing practices, I could guess how uncomfortable the tellers at my local branch must feel as they face their regular customers. So I wrote them a personal note of encouragement, thanking them for their many years of personal service, and giving each of them a gift card to a nearby coffee shop.

These types of gestures cannot remove the painful circumstances and challenges that others are facing, but they can reduce much of the awkwardness, embarrassment and shame that accompany such trials.

More importantly, these gestures reflect the marvelous kindness, mercy and acceptance that God has shown toward us by sending his Son to “lean in” toward undeserving sinners, to take away our sins, and to stand close beside us as our brother, advocate and redeemer (Heb. 2:11; 1 John 2:1; Titus 2:14).

May God give us grace every day to show the same kind of love and acceptance to the hurting people he brings into our lives (Rom. 15:7; Gal. 6:2).

Recommended reading: If you’d like to improve your capacity to show empathy, compassion and consolation toward others, see Seven Steps to Empathy.

4 Responses to "I Was an Embarrassment to My Friends"