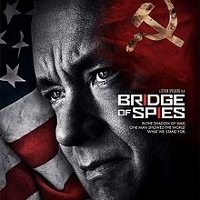 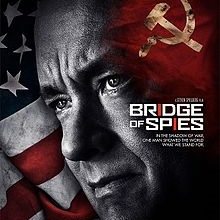 Bridge of Spies is one of the most inspirational movies I’ve seen in years. It reminds me why I went to law school — I had a love for justice, a respect for the biblical roots of the U.S. legal system, and a desire to defend those who could not help themselves.

It also illustrates the kind of relational skills that can save lives and change the course of history.

Inspired by true events, the movie is essentially a story of redemption, the buying back of those who are lost: Rudolf Abel, a Soviet spy, held by the U.S.; Francis Gary Powers, a captured U.S. pilot, held by the Russians; and Frederic Pryor, an American graduate student, held by the East Germans.

Enter insurance defense attorney James Donovan, played by one of the most versatile actors of our age, Tom Hanks.

When the Soviets indicate that they are interested in exchanging Powers for Abel, Donovan is recruited by the CIA to enter East Berlin to negotiate the exchange. When he learns that another American is being held by the East Germans, he defies his CIA overseers and seeks to pull off a seemingly impossible two-for-one exchange.

Putting his own life at risk by traveling repeatedly through the violent, gang-haunted ruins of East Berlin, Donovan displays one of the key skills of a negotiator/mediator: keen other-awareness. He quickly discerns the underlying interests of both the Russians and the East Germans and shrewdly uses those insights to pit them against each other.

The climax is too thrilling to give away … so instead I’ll give you some relational wisdom gems to look for as you watch the movie and think about how you can weave these relational skills into your life.

RW and the Cold War

To get a few hints to these questions, watch the trailer below … and then see the movie with family or friends so you can discuss the RW principles alluded to above.

PS: If you were praying for our recent 17 day “teaching marathon” to Florida, Virginia and Alabama, here is a report on how God answered our prayers.