In today’s movie clip, Will Smith demonstrates the enormous benefit relational wisdom (RW) can have in the workplace.

The clip comes from the movie Pursuit of Happiness. It is based on the true story of Chris Gardner. In the weeks leading up to this scene, he ran out of money and has been trying desperately to obtain a job interview at a leading financial services firm in San Francisco.

He finally got the invitation, but the night before, he was arrested for unpaid parking tickets. When he was released from jail the next morning, he had to sprint to the interview office, where we find him trying to compose himself for his interview.

As you watch this clip, note Smith’s self-awareness and self-control. Watch how he observes the activity in the office and reads the thoughts and emotions of the interviewing panel. See how he communicates with his tone of voice and body language. Observe how he demonstrates both self-confidence and humility, and how he uses humor at just the right time (if video screen does not appear below, click here.)

This scene is loaded with examples of relational wisdom. As Smith is sitting in the waiting room he realizes that he is highly stressed (he can probably feel his heart pounding). So he consciously seeks to calm himself, probably through self-talk, taking slow, deep breaths, and possibly a quick prayer (self-awareness and self-control).

As he walks through the trading room, he is observing the culture of the office (other-awareness). He puts this information to good use during his opening statement to the panel when he cites the qualities the firm values, “earnestness, diligence, and team-playing” (other-engagement; Phil. 2:3-4).

In spite of the stress he’s feeling, he shows courtesy to the secretary by thanking her for bringing him to the room. He demonstrates self-confidence by standing tall and striding quickly toward the panel, shaking each man’s hand even though they are clearly not eager to engage him.

Knowing the panel has probably already decided against him, he realizes his only chance is to seize the initiative and move the conversation forward. He candidly addresses the all-consuming question on the panel’s mind: “Why are you dressed like this for an important interview?” His honesty and composure earn him two more minutes to make his case.

He is equally transparent about the weakness of his academic credentials. His resume is not impressive, but his humility, self-assurance and honesty (relational skills) are steadily winning the respect and hearts of the panel. As Proverbs 22:11 teaches:

He who loves purity of heart,
and whose speech is gracious,
will have the king as his friend.

The top executive finally comes to a point where he seems to actually like what he sees in Chris, but he needs to find a defensible rationale for hiring him. (We often make decisions emotionally at first and then search for a way to rationally justify them.) So he asks Chris to help him find that rationale.

Sensing that the key man is leaning his way, and knowing that he has no additional credentials to put before them, Chris relies on one of the most powerful relational tools of all: highly creative humor. “He must have had on some really nice pants” hits home with every man in the room, giving them all a few moments of stress-relieving laughter and emotional unity.

Chris’s resume is not impressive, but who cares. Doggone it, they like him and admire how he’s handled a seemingly impossible situation. Let’s hire this guy!

In both the movie and real life, Chris got the job, and went on to be a successful investment manager. You can experience similar workplace victories if you are willing to work at developing your relational wisdom. You can start right now.

This movie has some deeply distressing scenes as Chris grapples with marital failure, financial setbacks, homelessness, and near despair. While some of these scenes may be unsettling to young children, they could help older children develop more empathy for homeless and unemployed people. For a detailed review of its content, see Plugged In or IMDb. 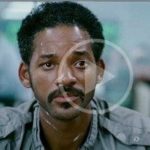 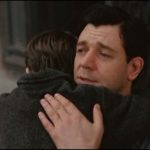