Leadership Transitions: The Good, the Bad and the Clumsy 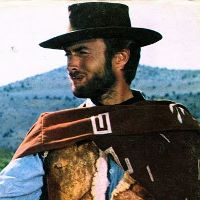 I’ve seen a lot of leadership transitions over the past thirty years.

Like the characters in an old Clint Eastwood western, they generally fell into one of three categories: The Good, the Bad, and the Clumsy (which often turned ugly).

Like the three elders who had it in for their pastor and secretly campaigned against him for months, spreading rumors, criticizing sermons, and turning others against him. They thought they’d achieved their goal when the elder board summarily fired the pastor.

But then the congregation rose up and voted all of the elders out of office. We called it the “Saturday Night Massacre.” Despite a concerted peacemaking effort, that church no longer exists. Instead it provides an all-too vivid illustration of Galatians 5:15:

“If you bite and devour one another, watch out that you are not consumed by one another.”

Clumsy transitions usually involved well-meaning people who made a series of sincere but foolish mistakes, which were often tainted by pride, fear, or simple laziness.

Some leaders assumed they knew everything they needed to know and failed to gather relevant information. Other leaders were afraid to initiate difficult discussions or to offer and receive criticism. And others were simply unwilling to invest the time and effort needed to build genuine unity on how to deal with challenging issues.

As a result, concerns, misunderstandings, and offenses were not addressed in a timely and constructive manner. Estrangements grew. Prayer was often haphazard or superficial. So when critical issues arose, candid discussion, careful data gathering, creative brainstorming, and genuine consensus building seldom occurred.

After years of this kind of passive behavior, some leadership teams compounded the problem by suddenly becoming aggressive.

Realizing they’d neglected their responsibilities, they tried to make up for lost time by making a sudden, dramatic move (often attributing it to “God’s leading”). This often resulted in an abrupt leadership transition that drove key people away, disillusioned others, and crippled the entire organization.

Leaders who quickly recognized and admitted their wrongs were usually able to turn things around. But those who refused to acknowledge their mistakes typically saw their organizations decline and sometimes fold altogether.

Having helped to pick up the pieces in many rocky transitions, I have a special appreciation for organizations that have carried out smooth and successful changes. I recently talked with the leaders of two such organizations.

Briarwood Presbyterian Church was founded in Birmingham, Alabama, in 1960 by Pastor Frank Barker. By God’s grace, the church grew to 4,000 people who gathered every week to worship together and reach their community and the world for Christ.

In 1997, Frank sensed that it was time to start planning for a new senior pastor. He and a group of elders developed a preliminary succession plan that led to the election of a broad-based search committee. Taking time to pray, invite discussion, and seek unity every step of the way, they eventually reached a unanimous decision in 1999 to invite Dr. Harry Reeder to serve as their new senior pastor.

Although Harry was initially reluctant to leave his thriving church in Charlotte, he eventually concluded that God was calling him to serve at Briarwood. But he also concluded that the church would benefit if Frank continued to serve the congregation as well.

Although both men agree that such an arrangement is usually not feasible, their mutual respect, complementary gifting, and strength of character have enabled them to shepherd fruitfully side-by-side for fifteen years … to the great joy and edification of their congregation.

Community Bible Study experienced a similar transition in 2013. It began in 2008, when their CEO, Camilla Seabolt, suggested to their Board of Directors that they begin planning for a new leader. Respecting her foresight, the Board agreed to initiate an unhurried transition process.

Camilla and the Board worked closely together in every phase of the process, having resolved not to take a step forward until there was complete unity within the leadership team. They divided into prayer partners who prayed regularly by phone. They read several books on leadership transitions and embraced the principles that were relevant to their organization.

They carefully compiled a job description for the next CEO, and began a methodical search for candidates within the CBS family. They eventually sensed that God was leading them to focus on Kimm Carr, a CBS Teaching Director in Georgia. After extensive personal interviews, the Board unanimously invited her to serve as their new CEO.

When Kimm arrived at her new office a few months later, Camilla (who had already moved into a smaller office) greeted her warmly and offered to do whatever was needed for a smooth transition. Camilla continued to serve in an advisory position for another two months, always affirming Kimm as the new CEO.

Camilla and Kimm continue to meet for prayer twice a month, and CBS is thriving under Kimm’s “fresh and exciting leadership” (to quote Camilla). They agree that the key to the success of CBS’s transition was that the leadership team “was not in a hurry … spent a great deal of time in prayer together seeking God’s leading … and preserved high levels of trust, respect, and unity throughout the process.” To quote a CBS axiom,

“When you are walking with the Lord, change is always in your favor.”

There is an interesting connection between these two transitions. When I mentioned to Camilla that I had also interviewed Frank Barker, she exclaimed, “I was a member of Briarwood and sat under Frank’s teaching for years!” Frank’s wisdom, humility, and grace had clearly flowed into her life and blessed another ministry when its time for transition arrived.

Good Transitions are Characterized by TRUTH

As I’ve reflected on the many transitions I’ve witnessed over the years, I’ve realized that the success of this delicate process usually depends on five key characteristics, which can be summarized by the acrostic TRUTH.

It’s interesting to note that these characteristics apply not only to leadership transitions but also to any significant change that involves more than one person, whether it’s launching a new program in a church or ministry, shifting marketing resources in a business, or changing your family’s vacation plans.

Good transitions require an environment where everyone feels safe and encouraged to express their concerns, insights, and opinions. This requires leaders who have learned to subdue the inclination to be proud, defensive, close-minded, and unteachable (Prov. 13:10).

Instead, they go out of their way to welcome and promote candid conversation, constructive criticism, and new ideas, even if they don’t always line up with their own preferences (Ps. 141:5). In short, they constantly seek to treat others as they would like to be treated themselves (Matt. 7:12).

This type of environment makes hidden agendas and secret discussions unnecessary, reduces others’ reticence to share concerns and ideas, draws out the experience, wisdom, and creativity of the entire group, and sets the stage for a smooth transition.

Wise leaders refuse to make decisions based on fantasy or wishful thinking. Instead of assuming that they have all the facts they need, that their perspectives are accurate, or that everyone is in agreement with their plans, they practice “due diligence” through deliberate data gathering.

They begin by doing their homework, often by reading recommended books on organizational change (see below). In many cases, they draw on the wisdom and experience of consulting firms that have a track record for facilitating successful transitions, such as SIMA International (Prov. 12:15; Prov. 15:22).

Wise leaders then seek objective input from staff, members, and supporters of the organization, especially those who will not simply tell them what they want to hear. They may use written surveys to get input on a variety of issues related to the organization and the people it seeks to serve. Open forums and “town-hall” meetings where people are free to honestly share their concerns and ideas can provide further objective data and test possible decisions.

This all takes time and effort, but basing crucial decisions on reality rather than fantasy is far more likely to end with success.

Rather than making unilateral decisions, wise leaders use the data they’ve gathered to develop true, authentic unity. They refuse to take a major step forward without making every reasonable effort to win the genuine support of all the major players (Phil. 2:1-11; Rom. 15:5-6).

Prayer is central to building unity. It provides an avenue for confessing pride and presumption, admitting weaknesses and limitations, and calling out to God for humility, discernment, wisdom, and a clarity of direction that results in decisions everyone can enthusiastically support.

Unity may also require personal peacemaking. Unresolved misunderstandings, differences, offenses, and hidden agendas must all be acknowledged and laid to rest. Only when all of the key players are sincerely reconciled can they effectively work together to make major organizational changes.

When unity has not yet been achieved, wise leaders resist the temptation to force a decision, unless a crisis situation requires immediate action. Instead, they allow time for further prayer and fasting, re-examine the data they’ve gathered, and, if necessary, invite outside counsel to help them gain unity and discern a wise course forward.

Good transitions take forethought, time and patience. They don’t wait until a crisis forces a change, and once begun they are not rushed. The smoothest processes usually begin at least two or three years in advance and are moved steadily ahead by leaders who resist both delay and haste.

Although they always leave room for God to overrule their plans and push them to an earlier conclusion, wise leaders guard against the passive/aggressive inclination to cure previous inaction with impulsive reaction.

Pride is the greatest impediment to a successful leadership transition.

Pride is rooted in a high view of ourselves. It refuses to listen, to pray, to allow time, to gather data, to take counsel, to receive criticism, to see the need for change, to admit that others may have a better idea. Pride kills discussion, fuels fantasy, destroys unity, and forces decisions that never win the whole-hearted support of an entire organization.

Humility is rooted in a high view of God. It welcomes discussion, depends on prayer, treats others gently and respectfully, invites correction, admits wrong, learns from others, and patiently waits for God to reveal his will through the united agreement of the entire group (James 3:17-18; Acts 6:1-7).

So if you are facing any kind of significant transition—whether it involves changing your church leadership, a Sunday school curriculum, your job, or the school your child attends—ask God to enable you to approach the process with TRUTH: Transparency, Reality, Unity, Timeliness, and Humility.

The more you cultivate these five qualities, the more likely you are to reach decisions that move your family, church, ministry, or business ahead in achieving your part in advancing God’s kingdom.