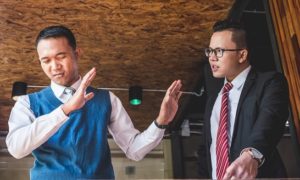 How would you feel if God enabled you to use simple relational skills you learned in a Sunday school class to solve a million dollar problem for your employer?

That’s exactly what a woman named Diane did when she stepped in to resolve an employee conflict that had stumped her company’s president and human resources professionals.

The joy she felt afterwards had nothing to do with the praise she received from her boss. Her joy came from the fact that her application of relational wisdom opened the door for her to share the gospel with so many of the people she worked with every day.

Here is the testimony she shared with me.

A while ago, I learned about two scientists in my company who were going to be terminated because of their unwilling­ness to work together. These men had collaborated on many projects with great success and had been very close personally. But they’d had a falling out a while ago and were moved to different departments.

A couple of weeks ago a multimillion dollar project was offered to the company. It would require these two men to work together. Our president asked them to submit a joint proposal, but both refused. He said they would lose their jobs if they couldn’t overcome their differences. They wouldn’t budge, even after our human resources folks tried to get them to cooperate.

When I heard about the problem, I had a sense that God wanted me to do something. But since neither the president nor our HR folks could budge them, I didn’t see any way I could help. Besides, I’m a computer specialist, not a counselor. This was way out of my league.

But I’d just studied your material in Sunday school, and God kept nudging me to put the principles into action. So I finally asked our president if I could try to help. To my surprise he said, “Go ahead; what have we got to lose?”

I knew each of the men personally since I’d worked on their computers. (As you put it in your teaching, I had a “relational passport” with each of them.) So when I asked if I could talk with them about the situation, they agreed.

Through individual conversations I gained an insight into the cause of their falling out. A previous supervisor had been jealous of their close relationship. As a result he deliberately fed each man’s pride and planted critical ideas about the other. This is what had driven them apart.

When the three of us met to talk, the tension between them was tangible. I started by recalling all the success of their joint efforts over the years. They softened just a bit but would still not look at each other.

I then began to help them see how their supervisor had manipulated them. I asked questions about what the supervisor had said and about what each of them had done and felt. The hurt began to spill over, but for the first time they looked each other in the eye.

As I gently showed how the supervisor had come between them, they continued to soften. They began to talk directly with each other as they finally saw what had happened. As they became increasingly aware of the emotions and assumptions that had led to their false judgments, they expressed regret for the way they had believed the worst about each other without personally discussing their tensions.

As their attitudes softened, I guided them through 7-A confessions and the four promises of forgiveness. At the end of the meeting, they actually embraced. They soon informed our company president that they were ready to work together again. As you can imagine, our boss was surprised and thrilled.

Within a week, they submitted a joint proposal for the big contract. When it was accepted, they once again combined their special talents to complete the required research and new designs. As others in our company heard about the reconciliation, they approached me to ask about it. I’ve had more opportunities to share the principles of relational wisdom and the gospel itself than I could have ever imagined!

And it didn’t stop there. Shortly after our meeting, one of the scientists learned that his son was getting a divorce. The father shared with his son and daughter-in-law the principles he had learned in our meetings. By God’s grace, the couple has dropped the divorce and begun attending a local church.

You never know how far the ripples will go from a single pebble tossed into the water, but you have to be willing to toss the pebble! Thanks for showing me how to restore broken relationships!”

Would you like to be used by God to help others resolve conflict and restore relationships the way that Diane did? More importantly, would you like to have more opportunities to share the gospel with friends or coworkers as Diane did? 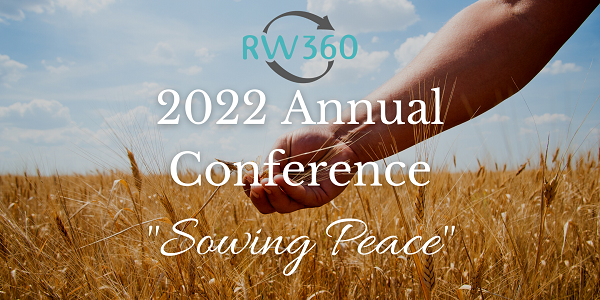 If so, I invite you to register today for RW360’s 2022 Annual “Sowing Peace” Conference, where you will have access to outstanding training on relational wisdom, biblical peacemaking, conflict coaching and Christian conciliation.

As you develop these relational skills, you can follow Diane’s example of stepping into the gap when others need help with their relationships … whether at work, at church or at your evening dinner table.

PS – During the conference, you can learn how to use our faith-based Group Study Set to lead a Sunday school in your church. You can also learn how to use the “values-based” (secular) version of these materials to lead a study on relational wisdom with co-workers or non-Christian friends during a weekly lunch meeting. It’s as simple as watching a 25 minute video together and then discussing ways to apply these concepts in your own lives. Although the values-based material does not contain any explicit bible citations or quotations, it can easily open the door for you to share how Jesus has empowered you to apply these concepts in your life (see RW and Evangelism). 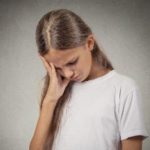 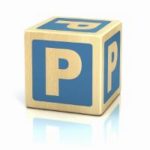 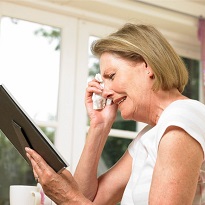 Reconcile Before It’s Too Late
×