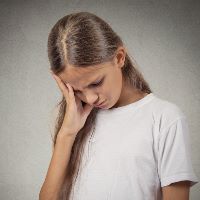 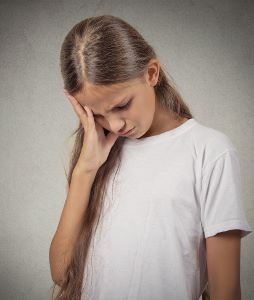 Sexual abuse in the church does not have to end in broken lives, agonizing lawsuits, and divided congregations. When people follow God’s ways and words, these terrible incidents can result in healing, justice, and healthier churches.

When victims of abuse first come forward, I have found that most of them are seeking four reasonable responses. First, they are looking for understanding, compassion, and emotional support. Second, they want the church to admit that the abuse occurred and to acknowledge that it was wrong. Third, they want people to take steps to protect others from similar harm. And fourth, they expect compensation for the expense of needed counseling.

As national headlines reveal, many churches have unwisely ignored these legitimate needs. Instead, like many other institutions, they have blindly followed their lawyers’ and insurance adjusters’ textbook strategy to avoid legal liability. They try to cover up the offense and deny responsibility. All too often they distance themselves from the victims and their families, leaving them feeling betrayed and abandoned.

Many frustrated victims eventually talk to a lawyer who tells them they could win a million-dollar damages award. Soon everyone is locked in an adversarial process that reopens wounds and generates even more pain and anger. Whatever the verdict, both sides lose, since money alone can never heal the wounds of abuse.

There is a better way.

God is a redeemer and a problem-solver. He provides wisdom principles through Scripture for dealing with offenses between people, including sexual abuse. When churches follow them, as I will show in a specific example below, the cycle of abuse is broken and restoration can begin.

Compassion â€“ If there is one place that victims of abuse should find understanding, compassion, and support, it is among people whom God commands to respond to suffering with tenderness and selfless love: “Be kind and compassionate to one another…. Do nothing out of selfish ambition or vain conceit…. Each of you should look not only to your own interests but also to the interests of others” (Eph. 4:31; Phil. 2:3-4). Instead of pulling away from victims, churches should draw closer to them, listening to their stories, mourning with and praying for them, and bearing their burdens. Responding with love and compassion is one of the best ways to show that the church abhors abuse and is committed to serving those who are suffering.

Confession â€“ Attorneys instinctively instruct their clients to “make no admissions.” Hundreds of churches have followed this shortsighted counsel in recent years, prolonging the agony of abuse victims, infuriating juries, and triggering multimillion-dollar punitive damages awards. In contrast, everyone benefits when people trust God’s promise that “He who conceals his sins does not prosper, but whoever confesses and renounces them finds mercy” (Prov. 28:13). When abuse has occurred, a church should express sorrow and acknowledge its contribution to the situation. It should also counsel the abuser to confess his sin, take responsibility for his actions, and seek needed counseling. These steps can prevent a court battle and speed healing for victim and offender alike. (Since an impulsive admission could allow an insurer to cancel coverage, church leaders should consult with their insurer, lawyer, and a Christian conciliator to plan their words thoughtfully.)

Compensation for Counseling â€“ The Bible places a strong emphasis on requiring a wrongdoer to repair any damage he has caused to another person. “Pay the injured man for the loss of his time and see that he is completely healed” (Ex. 21:19). Therefore, churches should be earnest to do whatever they can to bring wholeness to victims of abuse. As soon as abuse is revealed, the church should immediately come to the aid of the victim and his family, holding forth the redeeming power of Jesus and offering to provide or pay for needed counseling.

Change â€“ When abuse takes place, statements of regret are not enough. Genuine repentance is demonstrated by making changes to protect others from similar harm. “Produce fruit in keeping with repentance…. Rescue the weak and needy; deliver them from the hand of the wicked” (Luke 3:8; Ps. 82:4). This requires immediately removing the abuser from his position, involving legal authorities as needed or required by law, and implementing screening and supervision procedures to prevent other abusive people from being in counseling or child-care positions. Such actions not only protect others from harm but also relieve abuse victims, who are deeply concerned that others not be treated as they were.

Conciliation â€“ It may be difficult for a church to implement these steps if a victim’s family is already threatening legal action or an insurer refuses to support personal contacts. These situations can still be resolved without a legal battle, however, by submitting the matter to biblical mediation or arbitration. “If you have disputes, appoint as judges even men of little account in the church” (1 Cor. 6:4). Christian conciliation by outside neutrals can provide a constructive forum to deal with both the spiritual and legal issues related to abuse. This legally enforceable process provides appropriate confidentiality and promotes confession and restitution, which help to bring about justice and reconciliation.

These five steps are not theoretical. I have seen many churches follow this process, usually with great success. In one case, a pastor discovered that a man had abused several children in the church, including the pastor’s daughter. In the midst of his own personal anguish, the pastor prayed to respond to the situation in a way that would reflect the love of Jesus. After consulting with a Christian conciliator and the church’s insurer and lawyer, the pastor and his elders set out to minister to everyone who had been hurt by this dreadful sin.

They persuaded the abuser to confess his sin to the families of the children and to turn himself in to the police. He willingly accepted his prison sentence, and was actually grateful that his destructive behavior had finally been stopped.

The leaders spent many hours with the families themselves, grieving and praying with them, and making sure they received needed support and counseling. In addition, the leaders improved their screening and supervision policies to guard against similar incidents in the future.

They also reached out to the abuser’s wife and children, who were so ashamed that they planned to leave the church. But the leaders understood what being a shepherd is all about. They ministered to this broken family, reassured them of God’s love, and kept them in the fold.

Instead of being dragged through an excruciating lawsuit, the victims and their families, the abuser and his family, and the entire congregation experienced the redeeming power of God. This remarkable process culminated months later during a Christmas Eve service. As the church prepared to sing “Silent Night,” two young girls came forward to light the candles. One of them had been abused. The other was the daughter of the abuser. As they finished their task and smiled at each other, the congregation saw tangible evidence of God’s love and grace.

Abuse in the church does not have to end with catastrophe. When a church follows the wisdom principles given to us by God, even this great tragedy can result in healing and restoration.

I wrote this article in 2005 after completing the conciliation case described above. Having recently walked another church through a similar process, I offer this reprint of these principles for the benefit of other churches.

Note that this article applies to sexual abuse within the church. Physical or sexual abuse in other settings, such as the family, may need to be dealt with differently, with every effort being made to protect the victims from manipulation or further abuse.

For biblically sound advice on how to address the spiritual, relational, and legal issues triggered by abuse in a church, I recommend our Ministry Partner, Crossroads Resolution Group.

4 Responses to "A Better Way to Handle Abuse"