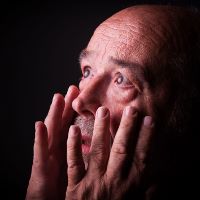 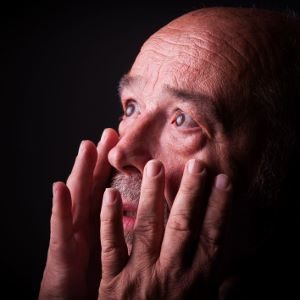 One of the most dramatic reconciliations I ever witnessed involved five brothers and a sister who were fighting over their parents’ estate. Their relationship had deteriorated so badly that one brother nearly assaulted his siblings with a baseball bat.

But then God did something amazing through a relationally wise pastor. I chronicled their story in The Peacemaker years ago, but I still choke up when I recall the astonishing climax to their conflict.

“Don’t you try to come in!” Frank yelled through the door. “I have a bat and I’ll hit anyone who comes in.”

“Come on, open the door, Frank!” Joe responded from the porch. “We just want to talk.”

“This is getting out of control,” Jenny said as she pulled at Joe’s arm. “I think we should call our lawyer and have him talk with Frank.”

“But the realtor and the buyer will be here in ten minutes! The deal will fall apart if they can’t get in to look at the house.”

“It will fall apart a lot worse if Frank goes after them with a bat! I’m going to call right now and postpone the meeting until we can do something with Frank.”

“OK, but I won’t let him hold this sale up forever. You’ve got two days to get him out of here, Jenny, and after that I’ll come back with my own bat. I’m sure John and Matt will be happy to join me.”

Joe stormed over to his car and drove out of the farmyard, venting his anger by spinning a wave of gravel across the yard.

As Jenny drove back to town, she felt utterly trapped between her four brothers. Ever since their mother died, they had been fighting over the farm. Frank had been born with a disability that had kept him at home all his life. In the early years, their mother had cared for him, but as her health failed, Frank became the caregiver, rarely leaving her side. When she finally succumbed to a massive stroke, Frank’s world collapsed.

Things got worse when their mother’s will was read. She and their dad had established a trust many years earlier to provide for Frank. In their wills they left the farm equally to their other four children. Now that both parents were dead, Joe, John, and Matt wanted to sell the property as quickly as possible. When they told Frank, he was terrified at the prospect of moving out of the only home he had ever lived in. As he resisted the idea, heated arguments ensued, and now Frank was cornered in the lonely farmhouse.

Although Jenny needed the money from the sale as much as her brothers did, she did not like the idea of evicting Frank forcibly. The three brothers were oblivious to his fears and determined to push ahead. Jenny felt powerless to stop them.

Then she remembered that her pastor had recently attended a seminar on biblical peacemaking. A brief call to him led to a meeting that night, which resulted in an intense discussion with three of her brothers.

“Look, Pastor,” Joe said, “I’m only asking that we honor Mom’s wishes and follow the law. She and Dad decided years ago to set up a trust for Frank and divide the farm between the rest of us. As personal representative for her estate, it’s my legal responsibility to honor her will. I know it will be a little hard on Frank to move out, but there’s a nice apartment complex in town. He’ll settle in there in no time.”

“But it could kill him,” Jenny pleaded. “Losing Mom devastated Frank. If we force him out of the house, he will lose everything that’s familiar to him. I’m afraid of what it will do to him.”

“So what do we do?” Matt injected. “Just sit around until he dies years from now, and then finally divide up the property? I’ve got two kids in college, and if Mom were here I’m sure she’d want to see the farm sold to help them out. I agree with Joe: we should honor Mom’s will and follow the law.”

“I appreciate your respect for your mother and for the law,” said Pastor Barry, “but there’s something else to consider. All of you profess to be Christians. So what is the difference between the way you are handling this conflict and the way that a good atheist would handle it?”

After several moments of awkward silence, Joe finally replied, “I’m not sure I see your point.”

“Let me put it another way. What is more important to you in this situation: to get your money as soon as possible, as most people would, or to demonstrate the love of Christ to your brother?”

“Oh, I see,” said John, “You want us to be good little Christians who just give in to others and walk away from what’s rightfully ours.”

“No, that’s not what I’m saying. God loves justice, and he certainly wants you to respect your parent’s wishes. But there is something he wants even more: to see you treating one another in a way that shows the power of the gospel in each of your lives.”

“That sounds good, Pastor,” Joe replied, “but I just don’t see how religion applies to this problem.”

“If you really want to know, let’s pray together right now and ask God to show you how you can resolve this conflict in a way that honors him and fulfills your parents’ wishes.”

God answered their prayers in a way Joe had never expected.

Three weeks later, the entire extended family gathered together in the banquet room of a local restaurant. Jenny had somehow overcome Frank’s fears and persuaded him to leave the house and join the family for dinner. Twelve nephews and nieces watched with rapt attention as he walked into the room and nervously sat down at one end of the table.

As the eldest son, Joe asked for everyone’s attention. “Frank, our family is gathered together today to honor you. For the past ten years you devoted yourself to caring for Mom. Today we want to present you with this special plaque. It says,

“To our brother, Frank, the best of all sons, who cared for our mother with selfless love and undying devotion. Your companionship filled her life with joy and delight and was a constant reminder to her of the love of God. With deepest gratitude to a wonderful brother, from Joe, John, Jenny, and Matt.”

“Frank,” he went on, “in appreciation for all you did for Mom, we want to give you this gift. It is an agreement we have all signed that gives you a life estate in the farmhouse. That means you will be able to stay there as long as you live. We found a buyer who is willing to purchase the rest of the farmland. Ownership of the house will eventually pass to our children. But as long as you want to live there, we want you to know that it is your home.”

As Frank clutched the envelope, the dam of emotions finally burst. Months of uncertainty and fear gave way to sobs of relief and gratitude. As Joe leaned over and hugged his brother for the first time in years, Joe’s teenage son leaned toward his sister and whispered, “Maybe there is a God after all, because there’s no way Dad would have done this on his own.”

When someone mistreats or opposes us, our instinctive reaction is to justify ourselves and do everything we can to get our way. This selfish attitude usually leads to impulsive decisions that only make matters worse.

The gospel of Jesus Christ provides the way out of this downward spiral. When we remember what Jesus did for us on the cross, our blinding self-absorption can be replaced with a liberating desire to draw attention to the goodness and power of God. As Colossians 3:1-2 teaches,

Focusing on God is the key to resolving conflict constructively. When we remember his mercy and draw on his strength, we invariably see things more clearly and respond to conflict more wisely. In doing so, we can find far better solutions to our problems. At the same time, we can show others that there really is a God, and that he delights in helping us to do things we could never do on our own.

This story is taken from my book, The Peacemaker (pp. 17-20), which is available through our Bookstore.