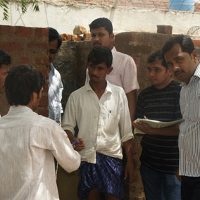 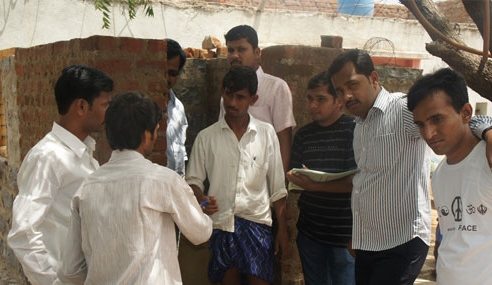 The Lord has opened two huge doors for us in 2018. One of them would enable us to train hundreds of Christian leaders in 145 countries. The other would allow us to serve thousands of U.S. military families.

But we need your help to do this.

The need for and value of this training was vividly demonstrated by a man named Arjun. He lives at the foot of the Himalayas in a small valley occupied by Muslim, Hindu and Christian families. The one convenient road into the valley crosses private land, and conflicts over access rights eventually grew to dangerous levels.

It wasn’t just a question of legal rights. Years of personal and religious differences had triggered arguments and threats, which tapped into deeper issues of shame, respect and family honor — a volatile mix that often leads to violence.

But even as conflict was building in the valley, God was preparing a solution. He moved Arjun to attend a course based on my book, The Peacemaker. When he returned from the training, Arjun realized that God was calling him to put his new skills to work.

He visited key families, listened to their concerns, identified their interests and won their trust. As God blessed his efforts, confession and forgiveness removed shame, rebuilt relationships and opened the way for respectful negotiations. Ownership of the road was acknowledged, fair access fees were agreed upon and neighbors were reconciled.

Best of all, Arjun provided the families in the valley with a compelling witness to the reconciling power of Christ — something many Muslims and Hindus have never experienced. Conflict turned the soil. Arjun sowed the seed. God brought the harvest.

Imagine what would happen if there were more and more people like Arjun in valleys, villages and cities all around the world. People who have been reconciled to God through the gospel, filled with his love and trained to restore relationships when neighbors—whether Muslim, Hindu or fellow Christians—are struggling with conflict.

This is not an empty dream. A few weeks ago, we were approached by the Lausanne Movement, one of the most respected evangelistic networks in the world. They have identified 850 young Christian men and women who have been recognized as future leaders in 145 countries, not only in the church but also in education, business and politics.

Recognizing the enormous global impact these young leaders could have in the years ahead, Lausanne has invited them into a ten-year mentoring program designed to enhance their spiritual growth and maximize their ability to promote the spread of the gospel as well as a biblical worldview in their countries.

Relational Wisdom 360 has been invited to support this effort by providing these young leaders with training in relational wisdom and biblical peacemaking. In order to do so, however, we need to cover all of our staff, resource development and materials costs.

But before we talk about those costs, let me tell you about Captain Bill Conners (name changed). Bill was a highly decorated Special Forces officer who gave decades of his life in service to his country. But it cost him and his family a great deal.

Macho by nature, he became even more hardened through his military training and service. Long deployments weakened family relationships further. So when Bill returned from a mission, tensions at home flared. He didn’t realize how bad it was until his teenage son hit him with this stunning words, “I love you, Dad, but we’re all a lot happier when you’re not around.”

That emotional slap opened Bill’s eyes to the relational damage he had inflicted on his family. His search for help led him to the same training that changed Arjun’s life. Bill poured himself into peacemaker training with the same intensity he had given to Ranger School, and it turned his life around. He and his wife are now teaching these principles to others, using their family’s story to illustrate the transforming power of gospel-based relationships.

Why do I tell you this story? Because we’ve been invited to one of the largest military bases in the country in January to begin training 150 military chaplains and assistants to teach relational wisdom to the thousands of soldiers and dependents on the base who bear the strains of military service, especially in these times of repeated lengthy deployments.

We need your financial support in order to fulfill these training opportunities.

As I mentioned, Lausanne is asking us to cover all of our own staff, resource development and cost of materials to train the 850 members of their Younger Leaders Program.

If the military chaplains training goes well in January, it’s likely that doors will open at other military bases in the months ahead. This training will not only involve substantial staff time but also require the development of custom materials for these unique settings.

And these are just two of the many training opportunities opening before us in 2018.

So I ask for your help. We can’t pursue all of these opportunities right away, but if we reach our goal of $200,000 in gifts in December, we will be able to make steady progress on several fronts during the year, including the Lausanne and military chaplains projects.

As a steward of the resources God has placed in your care, you can be a vital part of this ministry. I pray we’ll have the privilege of your support today. Your gift could make such a difference.

P.S. â€“ As I shared these opportunities with two ministry friends last week, they committed $25,000 as a challenge gift to other donors. This means that your gift this month can have a double impact. Will you please make a generous gift or monthly pledge this month to help us train people like Arjun and Bill all around the world?

To make a credit card or stock gift–or to even donate a vehicle or gift card–please click here.