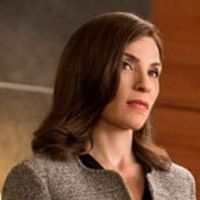 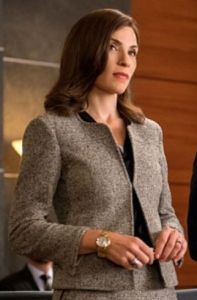 It’s not often that a prime time television show with nine million viewers makes Christians look sensible by contrasting them with befuddled lawyers, but that’s exactly what last week’s episode of The Good Wife did.

Even though I had the privilege of consulting with the writing team (see my July 27 blog post), I did not anticipate that the show would present Christians in such a positive light. I was even more surprised by how many critics gave the show a “thumbs up.”

For example, here is what Alyssa Rosenberg of the Washington Post wrote:

Last night, the show put on a clinic on another facet of how religion might be incorporated into pop culture beyond everyday discussions. In a very funny episode titled “Dear God,” “The Good Wife” left behind the courtroom at the request of two men who asked that their conflict over genetically modified seeds be settled in an arbitration process guided by Christian principles (for the skeptical, this conciliation process is a real thing).

“Wendell is my neighbor,” Ed Pratt (Richard Thomas), a wealthy developer of a new seed strain who was suing a farmer (Robert Joy) for stealing the seeds, told his legal team. “I have a disagreement with him, not you all.”

Part of what worked about “Dear God” is that the targets of the humor were the lawyers rather than Ed, Wendell or their mediator, Del (Robert Sean Leonard).

The legal teams bicker over who can answer Del’s questions, assuming that legal standards about speculation, leading questions and expertise are what is important. Instead, Del keeps insisting that Ed and Wendell’s honest impressions of what they were doing is what truly matters. Trained to believe that everyone lies and that withholding information is often the best strategy, Alicia and her colleagues are flummoxed by an environment that assumes trustworthiness and good intentions.

As the case goes on, the lawyers get excited by the idea of Christianity as a tool they can use in much the same way they employ legal texts and precedents.

When Del suggests that sin cannot exist without intention, Alicia goes to Grace for help combing through the Bible to find verses to suggest the opposite. The two end up in an argument not about their usual subject — Alicia’s inability to understand Grace’s faith — but rather the practice of proof-texting, the practice of taking quotations out of context to prove a point, even though the whole of the text may not support that argument.

The conversation moved from there into a discussion of how Grace approaches the Bible. In explaining that, Grace brought Alicia closer than ever into getting why she believes. “That sounds … smart,” Alicia told her daughter. It is a wonderful scene about the law and the case of the week that also advances a long-running character thread between mother and daughter. “The Good Wife” pulled all that off while explaining a concept that might be unfamiliar to a lot of secular viewers.

Later, when the case started going badly for Wendell, his lawyer tried to shift the whole process by suggesting that the patent system could not be applied to life without violating Christian principles. It was a rhetorical move that was all about strategic advantage and not remotely about conviction. While the lawyers began behaving in arbitration exactly as they behaved in court, Ed and Wendell came to their own conclusion: Wendell admitted he had tried to get around the price of Ed’s seeds, and Ed agreed to give Wendell a discount for the sake of neighborliness. What mattered to them was not patents, profits or whether God approves of ownership of life but how to live fairly with one another.

For Ed and Wendell, the legal system … turned out to be laughably insufficient to their actual priorities and needs. And for “The Good Wife,” which has always drawn a great deal of its distinctive power from its clear-eyed perspective on what the law does to the people who practice it, “Dear God” was a smart way to remind audiences of the limitations of secular deities.

If more pop culture approached faith with this sort of sophistication and humor, religious viewers and atheist or agnostic ones might find that they have more in common than we and the entertainment industry often assume.

Similar reviews appeared in the New York Times, Entertainment Weekly, and TV Line, to name a few. If you’d like to see the episode itself, follow this link and then click on the episode entitled “Dear God” (Season 6, Episode 3; beware of two brief sexual flashbacks in the first two minutes).

I was surprised that all of the Christians in the show, including the two parties in the lawsuit, the arbitrator, Alyssa’s daughter, Grace, and Dean, the one attorney who believes in God—as well as the outcome of the arbitration process itself–are all portrayed in such positive terms, while all of the other attorneys are portrayed as being confused, deceitful, and self-serving. Quite a contrast!

Please join me in praying that this positive portrayal of biblically grounded relationships will cause many viewers to reconsider their views of Christianity and be more open to talking with someone who will introduce them to Jesus.

Pray also that if any of those viewers are embroiled in a lawsuit, they will go on line to find one of the many outstanding organizations that are available to help them resolve their differences in a conciliatory rather than an adversarial manner.

And if you’d like your relationships to provide a more positive and appealing witness to the people who watch you every week (you do realize that people watch how you live, don’t you?), please take advantage of our free RW Personal Study Course.